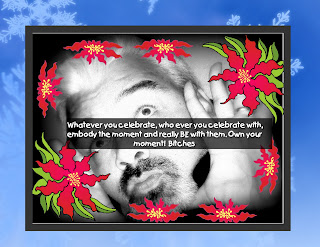 Holy Hell it's been a long time since I just put a regular post into the mix. As of today, I have lost 63 pounds using the old Weight Watcher Point system.  I've joined a gym and have went every single day. The only thing I have ignored there are some sit up/ crunch things that I think I don't know how to do correctly. A lady showed me and it confused me more. It's awful that when I am uncertain about something I am to shamed to ask for more direction. Tomorrow I will find the dude and ask him to show me again. The weight stuff is actually the easiest thing there. Getting on a treadmill and knowing you have to stay on their for X number of minutes is hard. Boredom for me causes me to want to run and hide or come undone. I don't know if I am ever going to be ok with doing nothing for long periods of time without panicking   Again, it is my inability to live in the present moment that trips me up. I kept trying to center and breath today and the time went much easier on the walker. Be HERE NOW. Fully embody the moment I am in.
Posted by etexman903 at 5:38 PM No comments:

messages from the other side of the brink of certain disaster

IT's the strangest phenomenon when I encounter people I have mistakenly thought them enlightened free thinkers, turn out to be ignorant hillbillies full of fear. Just last night on the phone I was blindsided by yet another acquaintance showing me who they really are. I subscribe to Maya Angelou's notion that when people show you who they are, Believe them the FIrst time. Something made me think of Mike Tague the other day and what a kick he would have gotten out of the democrat getting term 2. He had a bunch of pictures with he and John Kerry. (go figure) and he was pro democrat several years before he died. Of course what would and aged queen with a bad face-lift do in Fort Dodge anyway. Wow, that felt weird to type in my head he's still in Iowa and I just haven't talked to him. ha..

The first time I was in Rusk State Hospital I was sort of the well'Ist" fellow on the floor. These poor men couldn't hold a conversation. I finally sat next to a white guy and started having conversation.. I was thrill , at last someone to talk to. Imagine my surprise when he began to tell me how he was Ronald Reagan's exact blood time and he was held prisoner for his blood for 8 years . Then he jumped into his certainty the George Bush Jr was rearranging all the satellites in the sky because he had to send cable network feeds to other planets that were monitoring us......
I was really disappointed when he turn left on me but his certainty of his point of view made my body react with goose bumps as if it were plausible.
I hate it when my liberal guard fails me and Bush drone sneaks in.
I had 9 years of being completely off the radar. Agoraphobic and abusing every psych med and benzo i could find, but when it was time to return to life. I blocked out ever news channel, every Court TV, every murder dramatization. I suddenly started shielding myself from all the dark ick, that is available if I invite in. I have certainty that marinating yourself in terrifying world news will drive you mad. Mad to the point of no return. I watched endless loops of Court tV Murders and Dominic Dunne. GRIM. lol
Posted by etexman903 at 5:25 PM No comments:

Changes are necessary for ongoing spriritual growth and the understanding of how self will can derail Me.